Stories have been told of Nahua men disguised as wild, drunken cats, wielding mezcal soaked whips, in frenzied dances lashing themselves to wet the earth with the blood of their wounds as an offering to the gods and to bless their crops . There is also the story of the “successful” Huichol children (‘los logrados‘) who once they had passed the critical age of three and their chances of survival increased, they were baptised with mezcal to celebrate their victory over death. A chronicle of a Spanish notary dating from 1560, also narrates the trance into which the Indians fell when ingesting a transparent alcoholic drink on a trip to accompany the departure of their peers to another world.

There are many stories of life and death, and mezcal, throughout the country. Much has been written about the origin of mezcal, it’s been said that it’s the product of the mixture of three cultures: Eastern, Western and American pre-Hispanic. However, those of us who are interested in the world of mezcal agree that the origin lies in the ancestral villages of Mexico. The problem with this theory has been, until now, the lack of certainty – I dare to suggest – due to the fact that the distillation process of mezcal was presumed to be a technology introduced to America by the Spaniards during the conquest through the still. 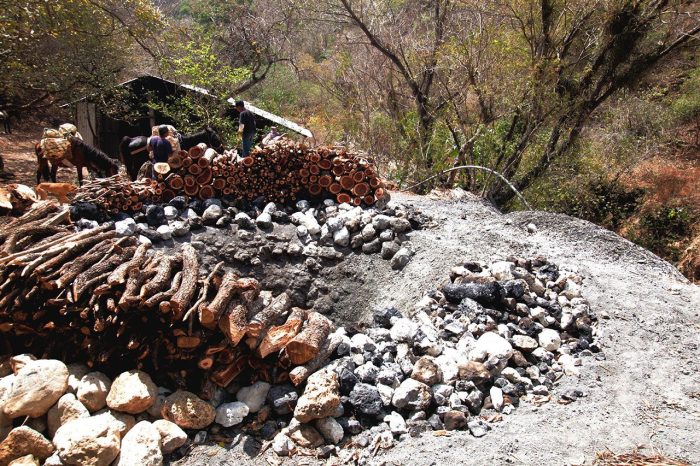 In some archaeological digs, for example Lamanai in the north of Belize and more recently in Teotihuacán in central Mexico, revealed the use of a reddish tint in the decoration of materials used in different rituals. This dye from cinnabar (a sulphate composed of a large amount of mercury) required the separation of its elements, a process possible only through the chemical division by evaporation and condensation, in other words, distillation.

Mari Carmen Serra Puche and Carlos Lazcano, academics from the Autonomous University of Mexico (UNAM), explored and discovered a series of deposits of clay pots with signs of liquid drips and underground stone furnaces next to housing units at the Xochitécatl Cacaxtla site in the State of Tlaxcala. From there, they traced an investigative route from Arizona to Nicaragua. More than twelve years immersed in the social, economic and cultural context of indigenous and mestizo communities, have been condensed in their publication: El Mezcal Una Bebida Prehispánica: Estudios Etnoarqueológicos. This scientific document allows us to state, finally, that although the still was brought by the Spaniards, the distillation processes was already in use, and that those discoveries of ovens and pots, solve the equation that places mezcal as a key element in pre-Hispanic culture.

In addition to offering a scientific truth, what stands out from these studies is the recognition of ritual nature and its function in terms of control and social reproduction that this concoction exerted in those societies. It allows us to get closer to understanding the social and cultural role of mezcal as a fundamental and exclusive part of the people of Mexico.

It is shortsighted to insist that mezcal is fashionable. It would be more accurate to understand that this spirit was opened up to the world and the world embraced it. The true dimension of its technical and mythical qualities is overlooked. A romantic notion obliges me to propose a specific idea: although it has been thanks to the work of several lovers and heirs of this tradition, that it has bubbled to the surface and grown in popularity, everything obeys a call, and that of mezcal has been to return to play an important cultural role in our society. That’s the way I like to think about it.

Without neglecting the biological implications of maguey conservation due to overexploitation, or the transformation of the mezcal producing communities’ economies, or the danger of the imminent loss of the historical taste of the drink, or the superficial recognition that is given to the Maestros or producers, or the precariousness in the design of public policies for the creation of a healthy industry, we could, or should, be guided in the construction of a new relationship between mezcal and our own rituals, those of our time. 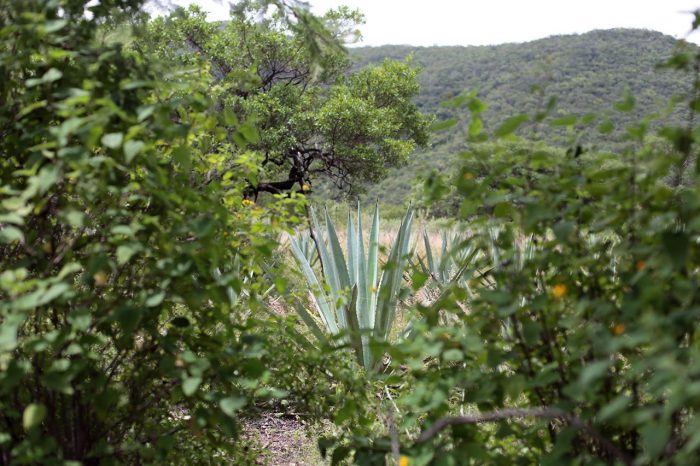 Many have found a business opportunity in this industry, but there are those who don’t see mezcal as a valuable and meaningful cultural signifier. The industry is growing, it’s booming, that’s an undeniable reality we must face.

Today it is worth questioning what the role is for mezcal. How do we interpret its heritage, how do we give it the recognition it deserves in this world, in a coherent way, how do we ensure its conservation without depriving ourselves of its value. It requires awareness and conscientiousness. That’s just the beginning, a degree of openness is also required.

We must try to build a mezcal culture that promotes new experiences and that also recognises the significance that mezcal had, and has, for specific social groups.  We also need to recognise what it could represent for us in our historical moment. There is much to do, understand and share, and above all, to mediate. Let us toast with one voice, to the long live of mezcal.

Keeping up tradition. Stories from the Palenque

Our Collector's Box of miniatures for Mezcal Lovers makes the perfect gift...